Ahhhh, Snoop Dogg loves the ladies. The Dogg Pound made a surprise reunion which started the night’s performance. 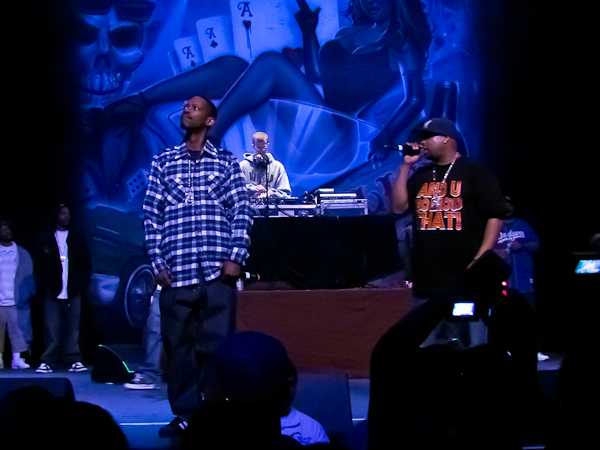 Yes, your eyes do not deceive you. Kurupt took his phone out to text or maybe even tweet! 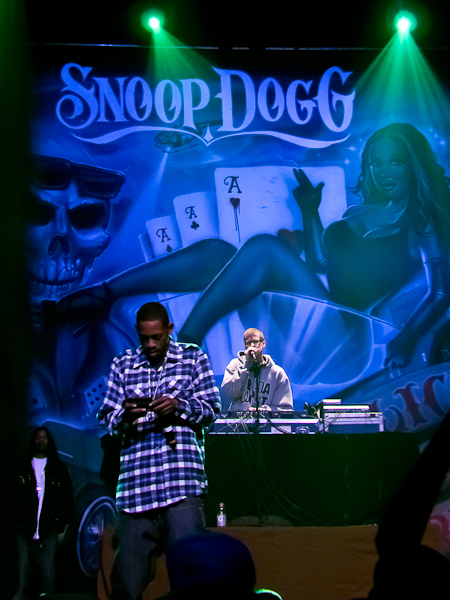 Up next was the big dog himself, Snoop Dogg. 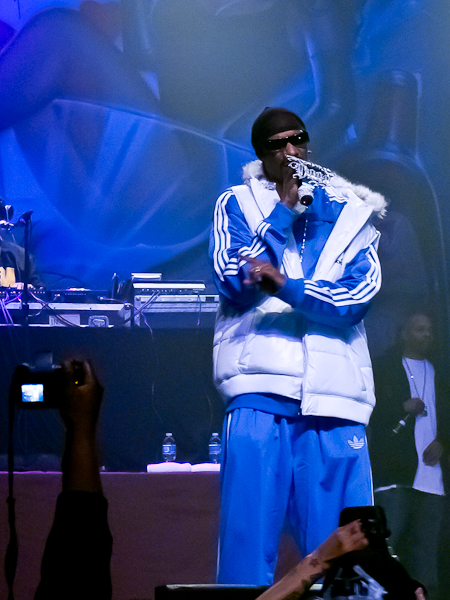 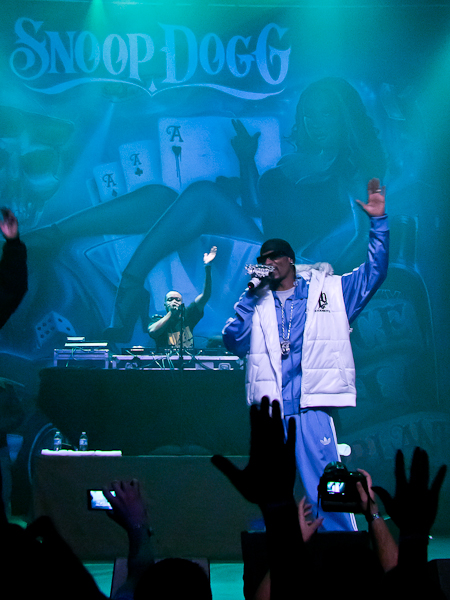 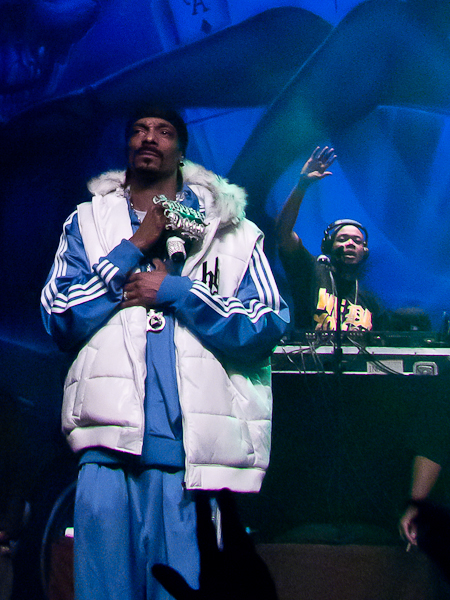 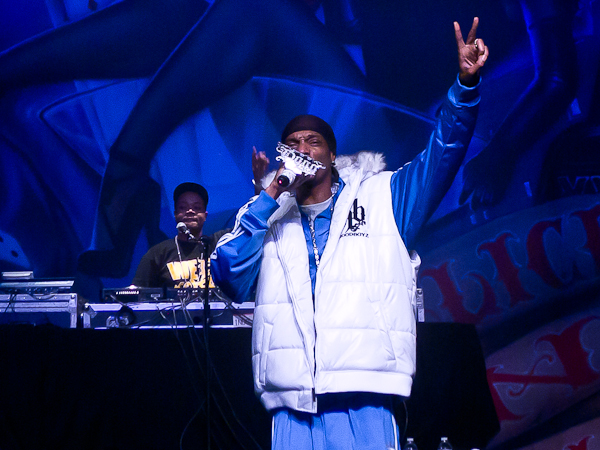 While a point and shoot camera is hardly the type of camera you would want to take to a concert to get good pictures, sometimes that’s all the venues will let you take in. This is where the Panasonic Lumix DMC-LX5 comes into play. This is the same lens that is on the Leica D-LUX 5 but with a Panasonic body AND for half the price. What you get in this awesome packed point and shoot is a Leica DC Vario-Summicron lens that is capable of shooting at f/2.8 from 24mm-70mm (though on the 70mm the aperture is f/3.0) mounted to a Panasonic Lumx body. The camera handles high ISO fairly well as shown in these pictures. All the above pictures were taken with ISO’s between 800-3200.

The camera has full manual controls, aperture priority shooting, shutter priority shooting, a 3 frame burst mode, built in flash, and the ability to shoot in RAW. What else do you need? Oh yeah it even has a hot shoe so you can attach a flash or other accessories to the camera! While this camera is not the the smallest camera to carry around such as the Canon PowerShot S95, I do like it for the Leica lens and hot shoe.

So the next time somebody asks you, “Wow what camera did you use to take those pictures!?” You can tell them I took them with this point and shoot!